Press anouncement for a street marketing campaign in Madrid 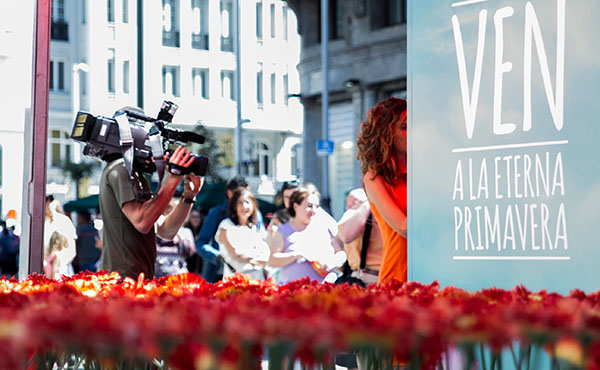 Turismo de las Islas Canarias aimed to attract national tourism during the summer season. It’s a fact that everyone dreams with the Canarian weather during the cold winter months, but mild temperatures can also be an alternative to the relentless sun of August in Madrid.

Under the direction of DEC, dosymedia PR agency was responsible for getting media to attend the street marketing action organized in Callao Square to promote the Canary Islands and its extraordinary weather, considered the best in the world (#elmejorclimadelmundo). To do so, a team of 16 hostesses distributed 10,000 scarves to passersby under the slogan “Anytime, come to the eternal spring”. A large stand of 100m2 in the center of the square, decorated with over 7,000 flowers was a surprise to the locals for four days.