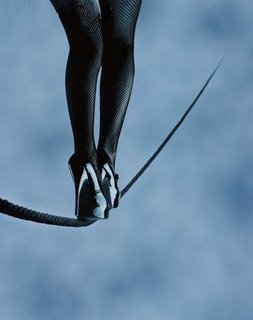 You’ll see, in the last few days I’ve noticed that the false is present in almost every area of our lives. I do not mean the top blanket with the more or less counterfeit Louis Vuitton collected (that we have almost internalized ). I mean, in some way, we have all created a world full of perverse fictions, which not even my evil side could imagine.

I read in the press a few days ago, when the conclave to elect a new pope started , slipped inside the Vatican a “false bishop” who was discovered for wearing a strange crucifix and his robe too short (I wonder if he acquired his dress in a common costume shop ). Today it is published a Canadian study that argues that Maria Teresa of Calcutta was not as “holy” as painted, by his suspicious way to manage the huge amount of money she received in donations and questionable care that gave to the sick people.

The royal houses are not spared: they have stories of lies, jealousy, betrayals, murders and crimes varied as to write a tv serial.

Billings B, unofficial fees, long money to tax havens, espionage between political, social causes… are only a cover to enrich the already rich … all this is the daily bread of the national news.

In the food industry there are also deceptions because some believe that selling meat fromo romanian starving horses like if it was from a Swiss cow, is not so bad …

Perhaps it’s the rain that makes me go sad and pesimism, but you know, finally, living among such falsehood goes on dynamiting the principles and altruistic world picture Ilearned as a child.

The antidote
Scroll to top